Bodegas De Alberto is one of the most striking examples of preservation of traditional wine production legacy in Spain. In the heart of Castilla y León and Rueda Appellation of Origin, BODEGAS DE ALBERTO is located in an old farmhouse founded by the Dominican Religious Order in the seventeenth century, where the old art of making wine remains for more than 350 years. The know-how of several generations has incorporated, over time, the most modern production systems to satisfy customers that today are spread all around the world.
The privileged location of its vineyards in the central area of Spain, crossed by Duero River, and recognized internationally as one of the best in the world for wine production; as well as the continuous commitment of BODEGAS DE ALBERTO in the realization of constant investments and research, place this winery in an outstanding position in the use of the most advanced technology for high quality wines production.

Through BODEGAS DE ALBERTO subterranean cellars and the large brick barrel vaults, which cover the subsoil of Serrada in more than a kilometer in length, we discover the inhabited memory of the winery, kept alive uninterruptedly for more than three centuries and in a last period, from 1941, looked after as an invaluable cultural treasure by BODEGAS DE ALBERTO, family winery already in its fifth generation.
A walk through the underground cellars gives the visitor the pleasant sensation of entering another historical epoch, discovering the secrets of the space through its underground streets, which give way to bottle bedrooms, galeries for wine aging barrels and old concrete tanks made many years ago, before they began to be widely used.

Nevertheless, the soul of this traditional wine legacy preservation is the spaces dedicated to aged traditional wines production, like the winery most special wine: De Alberto Dorado. These wines with oxidative aging have characterized the production of Serrada wine for years and Bodegas De Alberto have maintained their production until now, elevating this wine to the highest category of recognition through De Alberto Dorado, awarded with the Great Medal of Gold in the prestigious Concours Mondial de Bruxelles, with 95 Points of the Peñín Guide in 2017 and with 91 points in Wine Advocate, among many other distinctions in recent years

De Alberto Dorado wine is a tribute to the historic wines of Castilla y León, the old ones that were considered, right in this land, the 'wine of the court of the Catholic Monarchs' and which was Rueda Appellation of Origin germ. BODEGAS DE ALBERTO have kept this wine alive for years, maintaining its same method of aging in demijohns and soleras for more than 70 years.

The human component has been a decisive factor in this story. From the work of the Dominican monks, more than three hundred and fifty years ago, with the excavation of the cellars, the meticulous care in the harvest of the grapes and the transformation of the musts, until the witness taken by the later generations. BODEGAS DE ALBERTO transmits today that human imprint that is personalized in generations of winemakers, distributors, employees and, especially, in the thousands of consumers distributed in the five continents that show their loyalty to this winery decade after decade.
This love for tradition and for the preservation of the autochthonous culture, in addition to a completely modern and innovative business vocation, make BODEGAS DE ALBERTO an indispensable resource for territory interpretation and for knowing the great wines of the Rueda Denomination of Origin. 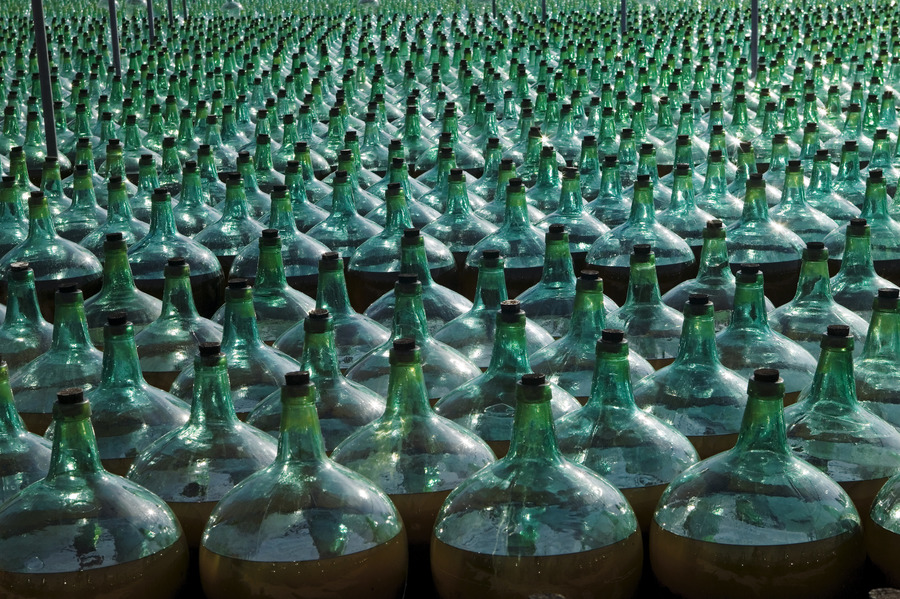 Name:
Beatriz González
Bio:
The area of our vineyards, part of the DO Rueda, are located in the central area of Spain, crossed by the Duero river, and it is considered to be the best in the world for wine production. A continuous effort on research and development, places it in a leading position with the most advanced technology for the production of high quality wines.
Awards:
N/A
Our Wines
LEARN MORE
Monasterio de Palazuelos
LEARN MORE
De Alberto Dorado
Importers

There are no importers listed.