Bodegas y Viñedos Carlos Moro is a business and wine project marked by the passion of a winegrower, winemaker and winery owner that has successfully deployed its stamp on other designations of origin, equally demanding and prestigious. 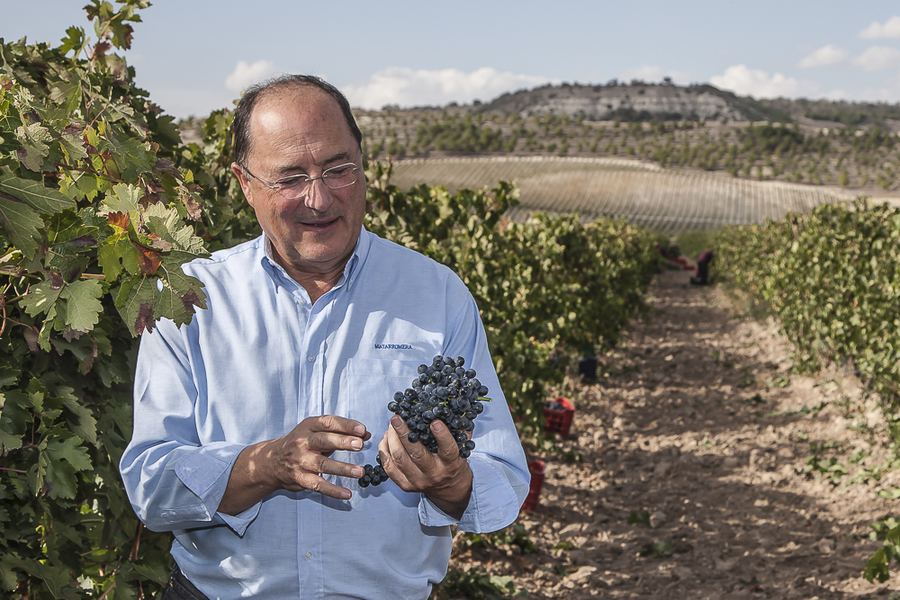 Carlos Moro is the chief winemaker, President and Founder of Matarromera. Born in Valladolid (Spain) in 1953, he is a Technical Agricultural Engineer and, above all, he is a wine lover. His family background has been linked to the vineyards and the wine from the XII century. His ancestors were pioneers in the planting of vines in Olivares de Duero and Valbuena de Duero, considered today as the most prestigious area in the Ribera del Duero wine region. In 1988, he decided to change his professional and personal life, and started to build a dream which finally became true. In 1988, Matarromera Winery was founded in Valbuena de Duero. Carlos Moro worked for seven years as Agronomist Engineer for Spanish Minister of Agriculture. He was also Deputy Secretary General of the Spanish Food & Beverage Industry Federation, and Agricultural Expert at F.A.O. (Food and Agriculture Organization). In the 80's he was also Engineer at the General Directorate of Agricultural Industries. Carlos Moro also belongs to the Senior State Civil Service Corps, and he was Secretary General of the Technical Aeronautical Material Builders Association, and Member of the Intergovernmental Committee of Airbus. His passion for the world of wine led him to create Matarromera Winery, in the heart of the Ribera del Duero region, in which Carlos Moro started his own dream. Since then, Carlos' life changed drastically. After creating Matarromera, Carlos Moro continued his wine trajectory with another six different wineries.